Whomever wrote the LBGTQNation’s article (very, very poor journalist practice, guys, to not attribute your author) is chastising Jenner for continuing “to engage in questionable behavior.” [Also, this piece is an unattributed editorial. It should really be labeled as such–as are ALL blogs, including this one.] Reading the comments on this post prove that the subject is explosive. A large group of those posting comments think that she is acting like a rich, white conservative man who should not be representing the LBGTQ community, while a few others are applauding her courage to show up in a congregation which will, on the surface, act as if she is completely welcome, but behind her back, will pray that everyone in the congregation will “love the sinner, hate the sin.”

Look, I understand this. Perhaps for the Southern Baptist, Caitlyn’s showing up to Second Baptist Church is a positive sign that she will begin to see the error of her ways and begin to fervently pray the “gay away,” or the “transgender away,” or…well, whatever (and the answers to the junior Ed Young’s tweets make this idea perfectly clear). With enough prayer and help from god, she will see that she has sinned against god and will go in for sexual-re-re-assignment surgery. On the flip side, the LGBTQ community is completely sick and tired of being bullied by the white, male conservative fundamental Christians in this country, especially the Souther Baptist Convention, and yet, on the other hand, does not want to be represented by a media-hogging celebrity.

But I see this situation differently. Whenever two people meet each other at a human level, they might, just might, begin the process of understanding each other. For the entirety of this nation’s existence under white male-dominated fundamentalist Christian rule, the LGBTQ community members have had to live lives of complete falsity, hiding in the shadows (and the closets) and playing like they are the same as everyone else, while self-destructing on the inside. The strict, Puritan roots of our ancestors have precluded that we live unquestioning lives of quiet servitude to the tenets of the church, with no variation.

What changed? I think it had to do with the complete valuation of EVERY human being. Sinclair Lewis wrote The Jungle to highlight the plight of the lowly immigrant worker. It’s message was to bring socialism to America, but instead it began the labor union movement and began the demise of the oligarchical robber baron class in the U.S.A. In the same vein, outspoken women such as Emmeline Pankhurst in Britain and Elizabeth Cady Stanton of the United States helped to bring the vote to women at the turn of the 20th Century which eventually lead to the feminist movement toward gender equality. Likewise, leaders such as Martin Luther King, Jr. decided that the world of Jim Crow was completely unacceptable for his fellow Afro-Americans and became part of the Civil Rights Movement of the 1960s. The LGBTQ community is only the most recent group in a long, long line of down-trodden people to rise up and say that enough is enough and it’s time to accept us for who we are and stop trying to change us.

The progressive Christian church has often been a part of this revolution, but the fundamentalist, evangelical side of Christianity has played its part in doing everything it can to maintain the status quo and keep second class citizens, frankly, second class. Members of our own families and friends who have decided to stop living lies and start living openly as our LGBTQ bothers and sisters are responsible for the changing attitudes towards the LBGTQ community. I shall discuss the trends in a future blog…but they can easily be found on the news and with respected groups that study social trends, such as the Pew Research Center.

The Jenner/Kardashian brand is not one of repenting of sins and sitting back and taking the criticism of who they are and what they represent. Jenner showed up at Second Baptist while filming her reality show, I Am Cait. There should be nothing surprising about this move…those who run the Jenner/Kardashian brand may appear to be lame, Valley Girls, but, I assure you, they are as media-astute as those running Fox News. I predict the Southern Baptists of Second Baptist Church in Houston will be represented as who they are–fire-and-brimstone evangelical Christian apologists who use bullying tactics to attempt to change people to be just as they are. I will also predict that it will show that Caitlyn Jenner might be Christian and white and Republican, but she will not be bullied by Ed Young. Sr., or Second Baptist Church or the Southern Baptist Convention. Only time and the producers of I Am Cait will tell.

Don’t be surprised if Caitlyn Jenner becomes a spokeswoman for LGBTQ rights and actually moves the group forward while constantly being vilified. It also will continue to expose fundamentalists, evangelical Christians as the elitists, racists homophones that they are. 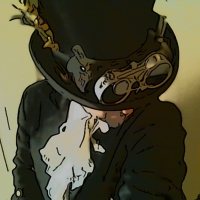 Everything and nothing in one place.