One of my prime issues about religion is that you must abandon the laws of physics to be a part of the group. As I have blogged in the past, the very unreasonable tenets–make that impossible–of Christianity include the belief that a virgin gave birth to a man as a result of woman-to-god “contact,” miracles of healing, walking on the water, parting the sea, the smiting of non-believers by the deity and countless other impossible acts. I think that people’s spirituality can be so skewed that they need to believe in superheroes to rule their lives.

Something else even more sinister can result from such beliefs. Author, attorney and activist in the Humanist and Secular movements, David Niose has written a compelling article about such beliefs which was recently published in Psychology Today.

Niose points out the problem that arises from taking all of your beliefs and values from an antiquated religious book–and that problem is Anti-Intellectualism.

Niose presents his essay in the wake of the murder of nine innocent black church members in Charleston, SC on June 17, 2015 by the 21-year-old Dylann Storm Roof. Niose argues that when a racist Neo-Nazi takes religion and a rampant gun culture to heart, the ultimate result is the killing of people that the racist believes is “beneath” him.

See the article by David Niose, Anti-intellectualism is Killing America from Psychology Today.

These arguments are not new in religion in general and Christianity in particular. White slave owners in early America used the bible to justify slavery when their own constitution exclaimed that “all men are created equal.” Well, some more than others and apparently, the more religious that man was and is, the more equal and the more that man deserves to live while those not so equal are as good as dead.

Anti-intellectualism gives the person a pass to not have to think, but to rely on the interpretations of the bible as given by his pastor or his local society. And in the South in the United States, that society is often anti-intellectual, highly fundamentalist, religious, conservative and racist.

For me, personally, this is an embarrassment and a failure of our educational system to break the chains of bondage to religion and deeply-seeded ideas of racism and misogyny. Anti-intellectualism is a call to return the United States to the pre-Civil Rights era and everything that the era embraced. Think of where medicine was back then, or the engineered world before the Apollo missions to the moon. Remember that women were still second class citizens and minorities were literally told to “know their place”–translation: you are not good enough to sit at deli counter with me and have a piece of pie, or use the same bathroom as I, or drink from the same fountain.

Also, understand that people who continue to educate themselves will usually come up with these same conclusions, realizing that the old wives tales and biblical stories that were presented to them as undisputed facts are really just ancient attempts to explain the world. These explanations are simply no longer relevant in a world of reality and evidence.

Anti-intellectualism makes our entire country look small and ignorant. It continues to stratify our society where the intellectuals live on the East and West coasts, with pockets of intelligence in the big cities. That leaves the South and the heartland to be steeped in ancient myths and fears which bubble up in ignorance. This ignorance took the lives of Rev. Clementa Pinckney, Rev. Daniel Simmons Sr., Tywanza Sanders, Cynthia Hurd, Sharonda Singleton, Myra Thompson, Rev. DePayne Middleton-Doctor, Ethel Lance, and 87-year-old Susie Jackson, who were slaughtered during a bible study at Emanuel African Methodist Episcopal Church in Charleston, SC by Dylann Roof.

And I am mortified by this. Inexcusable. Anti-intellectual. 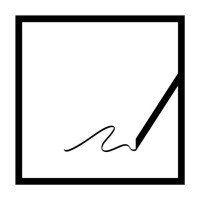 Chris Fraser draws
Notes to Self